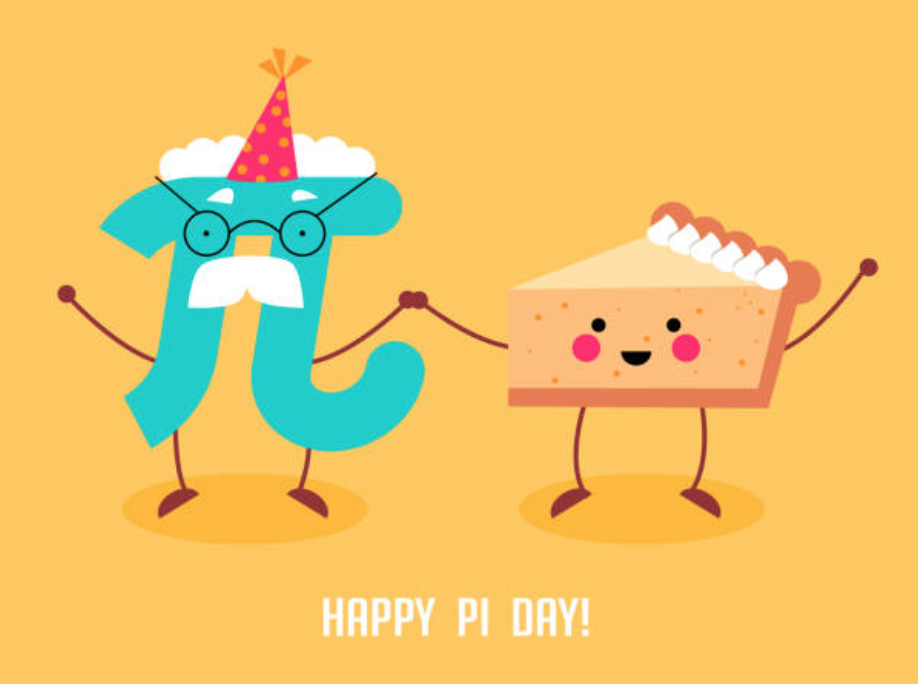 What’s your favorite– apple? Cherry? How about pizza?  March 14th is Pi Day and classrooms around the country will be celebrating with pie, not because it is pronounced the same, but because they both represent circles.  Why March 14th?  3.14 is the estimate of the number pi. Pi, or , is the distance around a perfect circle, divided by the distance across it (circumference / diameter).  It was first called “pi” in 1706 by the Welsh mathematician, William Jones, because pi is the first letter in the Greek word perimitros, meaning “perimeter.”  Pie however, originated in England, and refers to those delicious circular pastries filled with fruit, custard and sometimes meat.  It can also refer to pizza, a thin circular layer of dough topped with tomato sauce, cheese, sausage, mushrooms, etc. Oh my, I hope I didn’t make you hungry! But back to circles, that wonderful number pi and the reasons to celebrate.

Pi is perfect! It is exactly the same for all perfect circles regardless of size. Because of this wonder of nature, we can accurately calculate the area of a circle, the volume of a sphere, and a whole host of other mathematical equations. Pi is also irrational. That means that it cannot be represented by a fraction, and that the decimal continues forever, never repeating. Calculating the exact measure of pi is impossible, inspiring competition to accurately estimate the decimal further. Today, scientist have calculated pi out to 22 trillion digits! Did you know that March 14th is also Albert Einstein’s birthday? Just one more reason to celebrate! 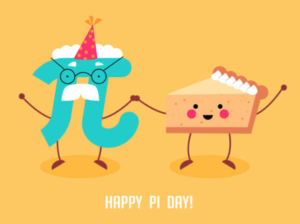 Though we will probably never know who first discovered that the ratio between a circle’s circumference and diameter is constant, we do know that the Babylonians and Egyptians first initiated the hunt for pi nearly 4000 years ago.  The Babylonians are credited as having the first recorded value for pi around 2000 B.C. at 3.125 using the ratio of 25/8.  The Egyptian pi was calculated at 3.16 using around 1650 B.C, but the Ancient Greek mathematician Archimedes of Syracuse (287-212 BC) is largely considered to be the first to calculate an accurate estimation of the value of pi.

So, when did we decide to celebrate Pi Day? Larry Shaw, a physicist from San Francisco, first conceived of Pi day in 1988. He enlisted a bunch of fellow math enthusiasts and, together, they marched around a circular room with a feast of pies, in celebration of the world’s best-known mathematical constant.  Since then it’s gone mainstream, finally becoming official in 2009 after Congress passed a resolution stipulating that March 14th would be a day for “schools and educators to observe the day with appropriate activities that teach students about pi and engage them about the study of mathematics” (Census Bureau, 2019). So, order those pizzas, bake those pies, and take out you tape measure. How far can you estimate Pi?